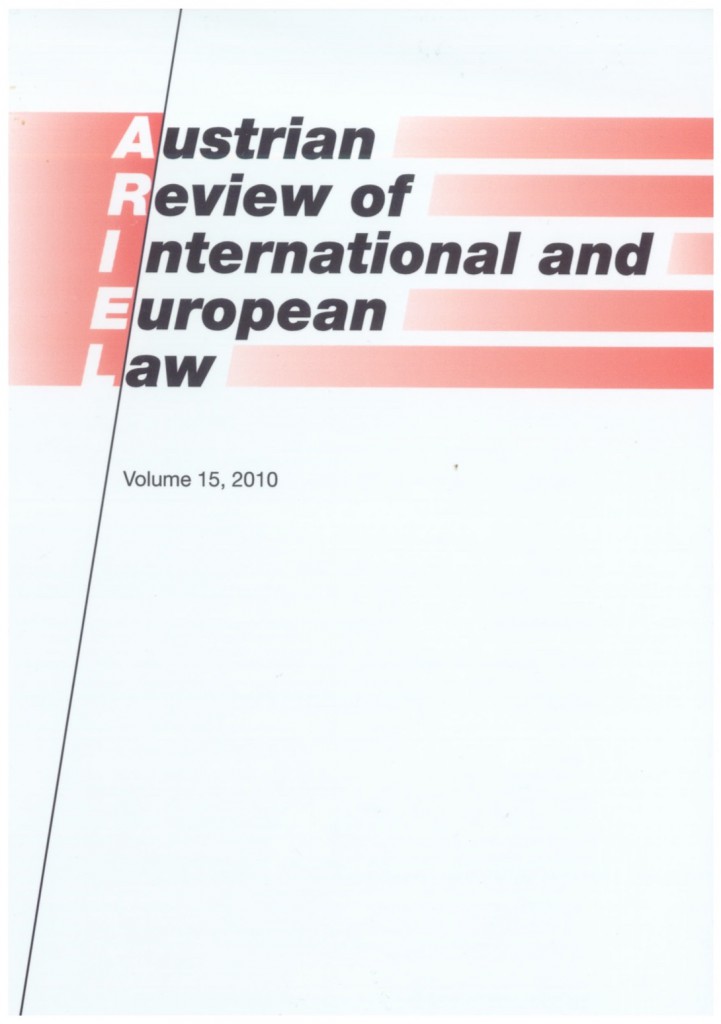 Dr Johnson’s article in volume 15 (2010) of the Austrian Review of International and European Law has historic significance as an early exploration of the new strategy undertaken by the International Campaign to Abolish Nuclear Weapons (ICAN) in 2009. The Acronym Institute hired Tim Wright, an Australian law graduate, to represent ICAN’s arguments at the 2010 NPT Review Conference, while Dr Johnson worked behind the scenes to convince diplomats and key NGOs of the viability of their nuclear ban strategy. Their work made possible the inclusion in the 2010 NPT final document of important new consensus language on humanitarian law, the catastrophic humanitarian impacts of nuclear weapons use, and the need for some form of nuclear weapons convention/treaty that would ban nuclear weapons and accelerate their total elimination.

While writing this chapter for the Austrian Review, Dr Johnson worked closely with ICAN’s Chair, Dr Tilman Ruff of the International Physicians to Prevent Nuclear War (IPPNW), and the Australian coordinator, Dimity Hawkins, to raise funds to establish an ICAN campaigning “hub” in Geneva, co-located with the Women’s International League for Peace and Freedom (WILPF). ICAN had started as a project of IPPNW initiated by Malaysia’s Dr Ron McCoy and funded and established in Australia, coordinated first by Felicity Ruby, former WILPF UN director. Through the combined energies and strategies of IPPNW, WILPF and the Acronym Institute, ICAN was established as an independent NGO in Geneva in late 2010, with Dr Johnson as the first president (and Co-Chair of ICAN with Dr Ruff and Akira Kawasaki of Japan’s Peace Boat). The first staff were Arielle Denis as campaign coordinator, Daniela Varano as media coordinator, and Alexandra Reidon as finance and admin manager. Tim Wright, who had worked for Felicity Ruby on launching ICAN in 2007, was hired by ICAN Australia from 2011 onwards, to take the nuclear ban strategy forward, especially in Asia and the Pacific.