On Saturday we will put our party allegiances aside and march together for a Britain free from nuclear weapons.

As elected politicians, our overwhelming priority is to protect the safety of the people we represent, and it is our firm belief that renewingÂ TridentÂ will not only fail to improve Britainâ€™s security, but will increase the dangers we face. 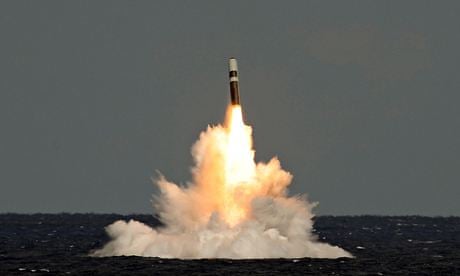 Risk of nuclear accidents is rising, says report on near-misses

Trident is an outdated weapon system from a bygone age. The governmentâ€™s own analysis has relegated â€œweaponsâ€™ proliferationâ€ to being a â€œtier 2â€ threat â€“ below far more pressing concerns such as terrorism, public health and major natural hazards.

Nuclear missiles have the potential to cause devastation and death on an unimaginable scale, but they do nothing to hinder lone gunmen or extremists. Their very presence on these islands â€“ and the transport of nuclear warheads on our roads â€“ presents not only a target for terrorism but a continued risk of accidents linked to human error or technical failure.

AÂ recent reportÂ from Chatham House confirms this threat, listing 13 occasions from across the world when nuclear weapons were nearly launched accidentally. As Patricia Lewis, Chatham Houseâ€™s research director for international security explained, itâ€™s not hard to imagine a situation where global tensions have risen, signals are sent and â€œpeople misinterpret what is going onâ€. Errors occur in even the best designed systems, but with nuclear weapons, mistakes could be fatal for millions.

If weâ€™re serious about ridding the world of nuclear weapons and fulfilling our obligations under theÂ international non-proliferation treaty, then genuine disarmament is our duty and our responsibility. Keeping a nuclear weapons capability sends a dangerous signal to the rest of the world that security is dependent on being able to use weapons of mass destruction, and thus drives proliferation. Ultimately, countries retain their nuclear weapons because of the perceived threat from other nuclear armed states.

Only genuine disarmament can end the proliferation cycle, deter new nuclear development and create the conditions to move towards what President Barack Obama described in 2009 as the â€œpeace and security of a world without nuclear weaponsâ€. Britain can play a part in ridding the world of these weapons, but not if we refuse to lay down our own nuclear arms.

Not renewing Trident would not only be the best move for our security, it would also free up resources that are far better spent elsewhere.

The Â£100bn (and counting) lifetime spend on Trident would be far better invested in the foundations of real security and wellbeing â€“ the best possible safety equipment for our troops, our NHS, affordable homes and education, and decent jobs for a future that will increasingly need renewable, sustainable energy sources that donâ€™t destroy our environment.

Of course, any move to scrap Trident must not be at the expense of providing decent jobs for people who work in manufacturing, transporting and servicing the nuclear arsenal. It is our firm belief that the abolition of Trident must be matched by a programme of diversification and alternative employment.

The governmentâ€™s recentÂ strategic defence and security reviewÂ took place in the context of the UKâ€™s commitment to the goal of a world without weapons.

That commitment needs to be more than empty rhetoric. We have an opportunity to make real progress towards multilateral nuclear disarmament by working with the majority of UN member states on taking forward multilateral negotiations aimed at prohibiting nuclear weapons and creating the conditions for their total elimination. 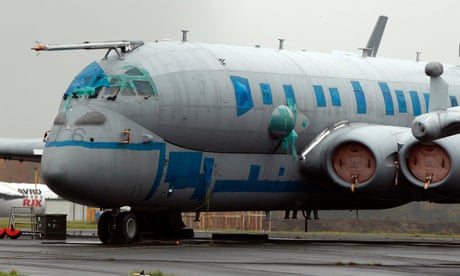 We believe that a forward-looking defence and security strategy would redouble efforts to work with other nations to address some of the most pressing global threats the government has identified: climate change; transnational trafficking in weapons, people and drugs; and the poverty and desperation that fuel conflicts, hunger and violence around the world.