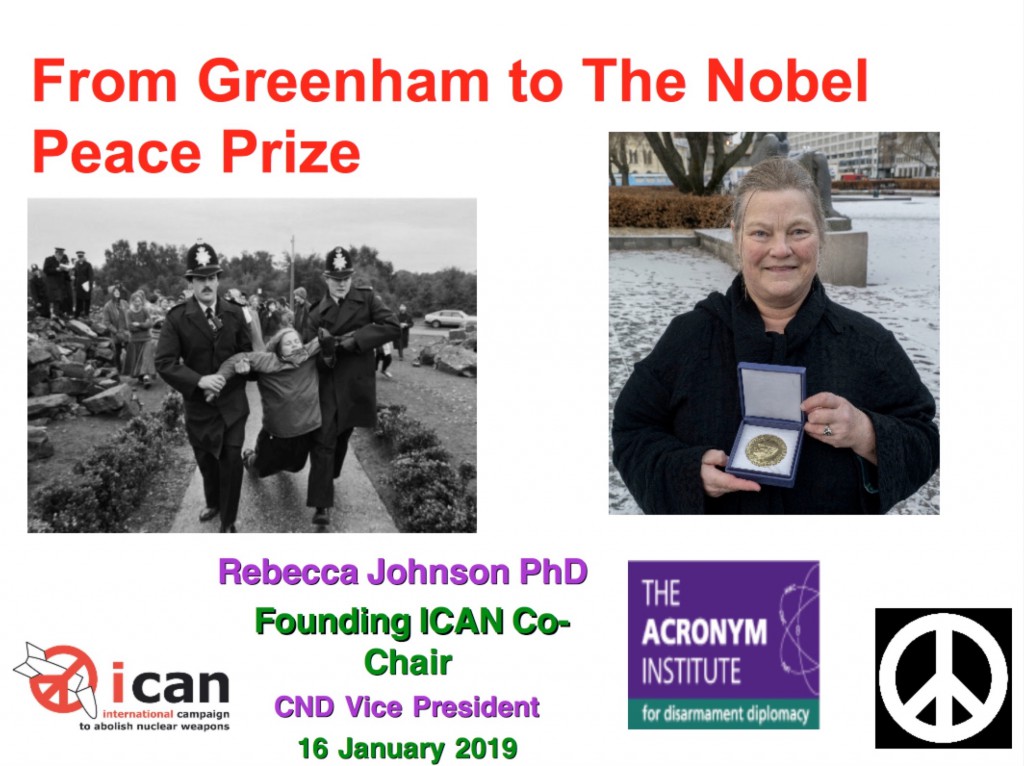 Dr Johnson’s January 2019 presentation at the newly opened GreenhamÂ Common Museum in the Air Traffic Control Tower of the former nuclear base whereÂ ground launched cruise missiles were deployed from 1983 until they were banned andÂ eliminated under the 1987 INF Treaty. Dr Johnson, who occupied this tower in DecemberÂ 1983, lived at the Greenham Common Women’s Peace Camp from 1982-87 and in 2017Â shared the Nobel Peace Prize awarded to ICAN for the campaigning that led to the 2017Â Treaty on the Prohibition of Nuclear Weapons. Here she provides some personalÂ reflections on her life of feminist peace activism, from the INF Treaty to the NuclearÂ Prohibition Treaty, via Cruisewatch, the Aldermaston Women’s Peace Camp(aign), theÂ CTBT, Women in Black and Faslane 365.